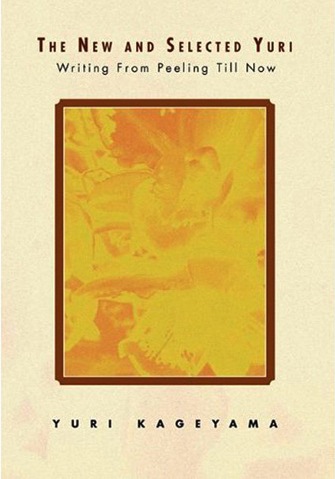 The New & Selected Yuri _ Writing From Peeling Till Now

Prize-winning American essayist, novelist and poet Ishmael Reed has compiled into a new book the works of a Japanese woman who has chosen English as her language of expression to explore the themes of racism, sexuality, identity and family. Yuri Kageyama’s poetry and fiction underline her bicultural Japanese and American sensibilities for a challenging view of the everyday that debunks cultural stereotypes and lambastes male domination.

Reed, who has taught at the University of California, Berkeley for 35 years, discovered Kageyama, picking her poem for iconic literary magazine “Y’Bird,” and publishing her first book of poems, “Peeling,” while she was a student at Berkeley. The new book (2011: Ishmael Reed Publishing Co.) ranges in theme from a tongue-in-cheek adoration of the Caucasian male and a suicide in a “salaryman” home to exhilarating praise for working mothers and a delightful depiction of the Tokyo music scene.

Order from Amazon Paperback, Hardcover or Kindle,
as well as other online bookstores.
The book is distributed through Xlibris Corporation at orders@xlibris.com (1-888-795-4274).