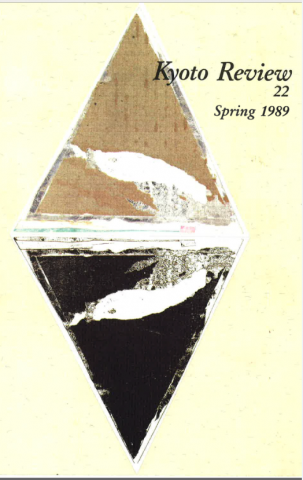 SHARING ONLINE A REVIEW OF MY BOOK FOUND ONLINE

The writer Yo Nakayama has also translated my poems.
I so liked his versions I’ve read them with my poems.
Mr. Nakayama is an academic and a poet, too, and he has a flock of long hair and reading glasses maybe, and he is wise and soft and brave.
Or so I imagine, as although I maybe have met him, I can’t really remember.
I vaguely remember reading this review when I was younger, and frankly I didn’t really think much of it.
I was too busy dealing with things that went with trying to survive and being creative I did not really appreciate how this older poet was being supportive and so poignant.
And so poetic.
I am older now and do.
Nakayama died in 1997, it says online.
But his writing lives on.
Here, this person I know through Facebook, of all ways, has shared in a message this precious, kindhearted review of my work.
I am grateful, of course, and feel blessed.
But I also feel a sense of vindication about being a poet _ that we are all connected in doing the right, eternal thing by being poets.
Please read the review.
I’ve also updated my Review section on my site with this addition,
Sorry this is belated but thank you, Mr. Nakayama, truly from the poet’s heart:

Saying it her own way
a book review by Yo Nakayama in Kyoto Review, 22, Spring 1989
of “Peeling” by Yuri Kageyama, I. Reed Books, Berkeley, CA

New and important. Yuri Kageyama was born in Japan, but grew up in American culture.
Her work as contrasted with those of previous generations is very articulate and beautiful.
Should you take up this, her collection of poetry, you’ll find 32 exciting poems under five different sections.
In the first section she remembers time spent with her mother. Yuri seems to know where she is from, as here in a poem in which she describes her mother’s profile.

and her mother’s lessons:

As soon as I would awake some chilly morning, she would
tell me to go smell the daphne bushes leading to our door.
I still remember their fresh fruitlike pungence

As Yuri grows older, she becomes uncomfortable with her mother and begins to hate her and her culture, which is alien to the American scene.

Yuri feels almost physically hurt when she thinks of it. This is one of the characteristics your easily notice in her poetry. She is a physical writer, by which I mean that Yuri tries to write out of her own physical senses, especially when she talks about her involvement with music. In a short poem, “Music Makes Love to Me,” she confesses, “Music makes love to me everyday/ spilling cooled cucumber seeds/ wet flat disks to the tongue/ tickling/ shooting them with exalta-jaculation into my ear//” or in the section “Thought Speak,” she conveys her inner sensations as she listens to music:

Or she describes her inner world as follows:

As a young Japanese woman living in America, Yuri is constantly exposed to the situation that she has to say what she has to say: she, however, says it her own way, and I like it very much.
“A Categorical Analysis of the Asian Male or the Guide to Safe and Sane Living for the Asian Female” is a very funny piece in which she says there are four types: the Street Dude or “Lumberjack,” the Straight Dude or “Stereotype,” the Out There Dude or “Bum,” and finally the type four she calls the Ideal Dude, but this is the “Obake,” or the ghost, that is, she says “the perfect man who does not exist.” Once, Filipino writer Carlos Bulosan wrote that in America being a Filipino is a crime. And Yuri is, she says, “tired of the laundry men/ and the dirty restaurant cooks (cuz) they don’t have the powers.”

it’s okay
you see only the race in me
….
It’s okay
cuz, white man,
you have
whiteness
to give

The best part of the book is, however, that which deals with her physical intimacy with her lovers and her own baby. She could have written a categorical analysis of a male partner or the guide to safe and safe mating for a serious woman as well. Only after she has a baby of her own, she begins to realize the importance of the “Strings/Himo,” which she once wanted so badly to break out and couldn’t. Her reflection on the total life: “Having Babies Versus Having Sex” is the final poem in this book. When she sees her man rocking the baby, and looks into Isaku’s eyes and cries with him, she reaches her conclusion: this is the culmination of her womanhood.

These poems could never have been written by anyone but a poetess who has gone through the labor Mother Nature imposes upon the one who creates. If not for Yuri’s sensitivity and capability, this book wouldn’t have been born.