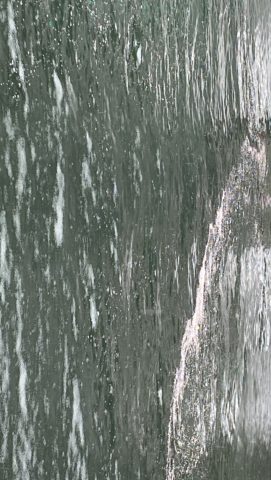 AS IS MUCH IN LIFE by Dr. Minh and Yuri Kageyama

AS IS MUCH IN LIFE

A poetic collaboration on Twitter by Dr. Minh and Yuri Kageyama April 22, 2022

Dr. Minh wrote the poem in five minutes after I tweeted the title. I just added the last two lines.

As is much in life

you sit alone on the edge of a river

you nurture your solitude

you will sit alone on the edge of the river

is your solitude still there

As is much in life

solitude is not emptiness

or vacuum or the void

to give birth to something new

but this is where life begins

you and I know

as is much in life

What’s in a Face?

The robot by Hiroshi Kobayashi at Tokyo University of Science is just a face.
It sits on top of a mannequin body and attempts to duplicate emotional expressions as communicated on the human face.
Motors pull back at rubber skin, mostly around the eyes and mouth.
It is strange-looking and makes you stop and wonder what a face is all about.
Of course, we don’t like to admit we are vain and spend a lot of time and effort worrying about what we look like.
Looks aren’t everything, we say, what counts is the person _ inside.
But the truth is: Isn’t it after all looks that people notice first, and why we are attracted to a person?
If we didn’t care about appearances, then there would be no movie stars and fashion models and other people who make a career out of looking beautiful.
Mr. Kobayashi, who is an expert on the meaning of the face, says animals don’t communicate with their face though they may show their teeth or snarl.
Facial communication is one quality that makes human beings different from animals, he says.
That shows the face is important in human existence.
It’s the No. 1 tool in communication.
And it makes us human.
He also says all facial communication except smiling is negative.
The others are sadness, disgust, fear, anger, surprise.
I suggested there may be other unsmiling expressions that aren’t exactly negative like a sense of pathos, despair about the human condition, nostalgia, belief in the eternal, etc.
But he was quite firm that only smiling is positive.
In a column running this month in The Nikkei, actress Kyoko Kagawa recalled director Yasujiro Ozu once told her not to smile so much.
As an up-and-coming actress, she was constantly being told by everyone else to smile _ even when she didn’t even feel much like smiling.
“People don’t smile only when they’re happy. Sometimes they smile because they are sad,” Ozu was quoted as saying.
It is true that when people get their photos taken, they like to smile.
Say cheese!
And if you get your photo taken off-guard, your photo ends up making you look like an idiot.
It’s very difficult to get a portrait that’s nice without smiling, which probably means that people perceive the positive message of the smile, no matter how contrived it may be.
Robot scientists tell me it is important to justify the social benefits of their research.
I suggested to Mr. Kobayashi that his research could be beneficial for people who may have had their faces damaged by burns or war, to restore their faces so they can communicate with people using the robot face.
He said he had never thought about it.
I thought it was a great idea and a way that his research could help people, but he didn’t appear too convinced.