ISAKU KAGEYAMA AS A YOUNG DRUMMER

ISAKU KAGEYAMA as a young taiko drummer at Bon Odori in Tokyo and an Amanojaku children’s division performance doing among other pieces “Nidanuchi.”
Thanks to all his Bon Taiko students for expressing interest. Now that they’ve gotten us started, we are thinking of editing video of his omatsuri playing. 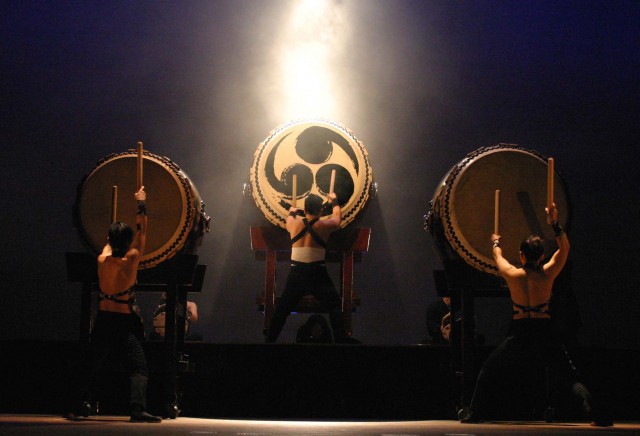 I wrote about taiko as modern music and how Tokyo taiko legend was made by Yoichi Watanabe in this piece on Amanojaku for “Jazz Advance.”

Found on YouTube this video of Amanojaku performing “Dotou” at a Tokyo school July 2010.
They smoke!
A great taiko tune by Amanojaku leader and master drummer Yoichi Watanabe.
From left to right:
Isaku Kageyama, Chris Holland and Daisuke Watanabe.

Amanojaku at Super Deluxe in Tokyo in May 2010 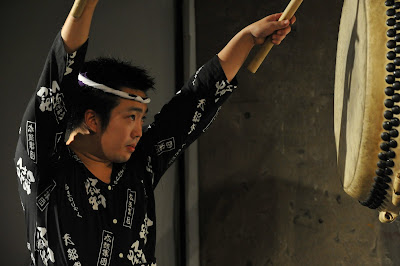 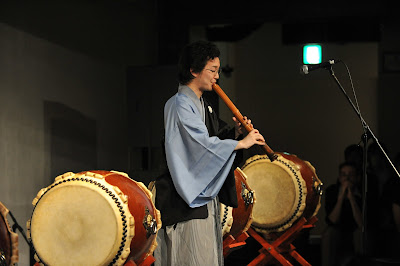 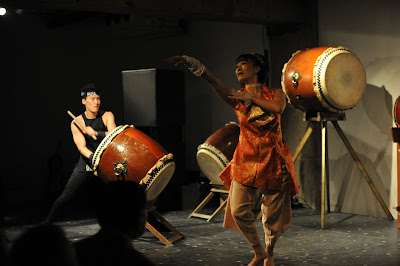 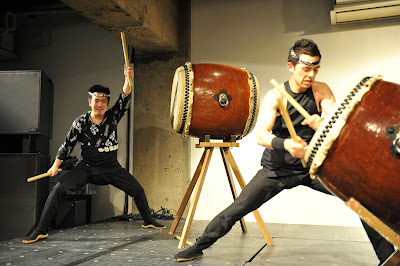 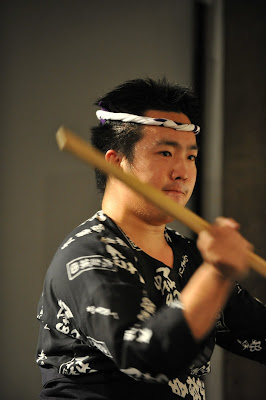 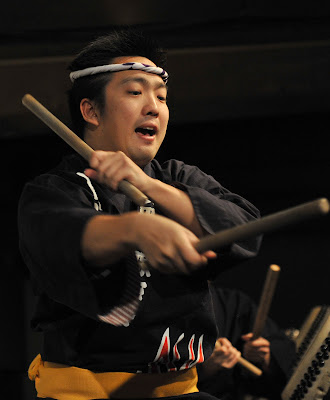 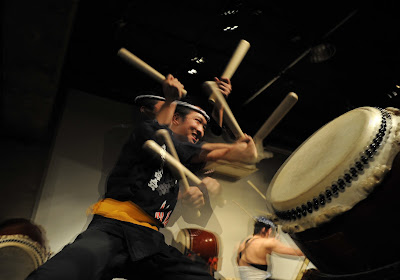 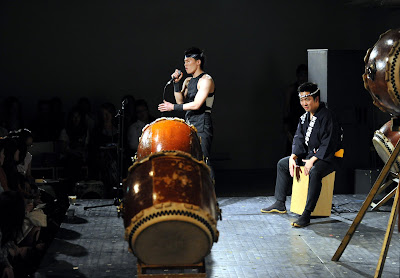 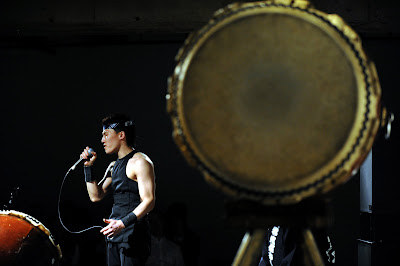 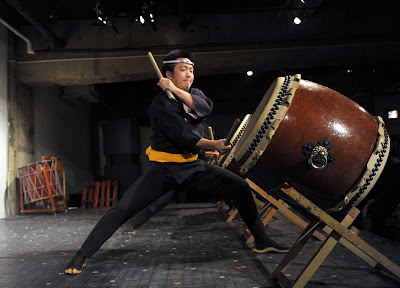 Peter Yeoh of Glass magazine has some nice words to offer for Amanojaku.

AMANOJAKU taiko drums at SuperDeluxe club in Roppongi, TOKYO.
The three younger stars of Amanojaku take their thunderous beat out of the usual concert halls to the hip-hop clubs of Tokyo.
The event explores where else taiko can go as modern music.
THU May 13, 2010. 8 p.m.
SuperDeluxe
3-1-25 Nishi Azabu Minato-ku
Tokyo, Japan
4,000 yen at door (3,500 yen advance) ticket includes one drink.
Photo (from left to right):
Daisuke Watanabe, Isaku Kageyama, Chris Holland.
They’re all in their 20s, students of Amanojaku leader Yoichi Watanabe, but all play with him in the professional troupe, which just had a fantastic concert at Tokyo FM Hall last week.

More information on Amanojaku and to watch a video clip of Amanojaku.
Isaku’s official website.