MY LYRICS FOR A SONG AND MY POEM IN KONCH MAGAZINE

HANDS OF A CLOCK is an R&B song for which I wrote the lyrics for music by Trupti aka Tea and Hiroshi Tokieda _ the same team for I WILL BLEED (featured in the previous post), as well as for “Oh My Buddha.”

HANDS OF A CLOCK is in the January 2016 issue of KONCH magazine, published by Ishmael Reed and edited by Tennessee Reed.

The January 2016 issue of KONCH also published my poem “A Crow’s Request.”

Hands of a Clock
Words by Trupti and Yuri Kageyama
Music by Trupti and Hiroshi Tokieda
Written to be sung by Sybil Thomas in her next album.

Hey, we’ve met before
You say the first night we meet
It feels like a life that’s come around before

Hey, shall we dance?
We’ve met many times in our dreams
I was sure I knew you at first glance

Long before a thing has begun,
We’re tied in a destiny of time
Ticking together as one

Hey, is this reality?
Will this last through the changing times?
‘Coz I am a true believer in eternity

Long before a thing has begun,
We’re tied in a destiny of time
Ticking together as one 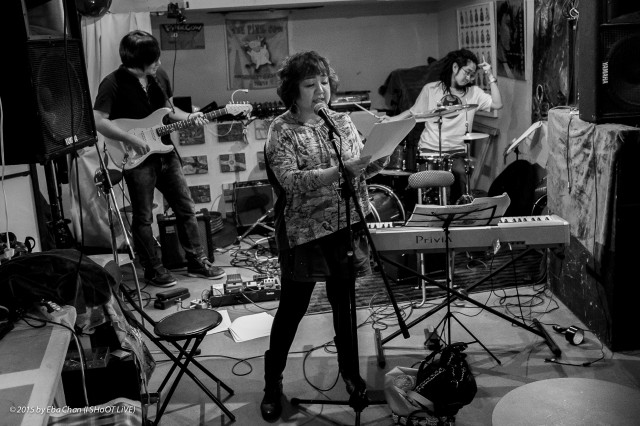 THE YURICANE BACK AT THE PINK COW SAT APRIL 4, 2015 TOKYO JAPAN
PHOTOS BY EBA CHAN 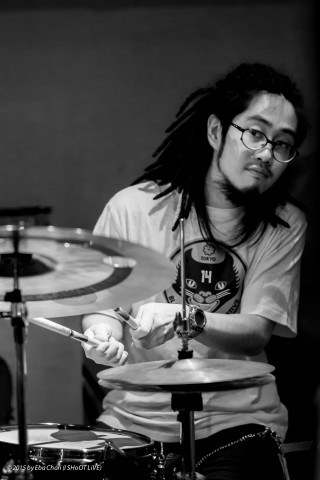 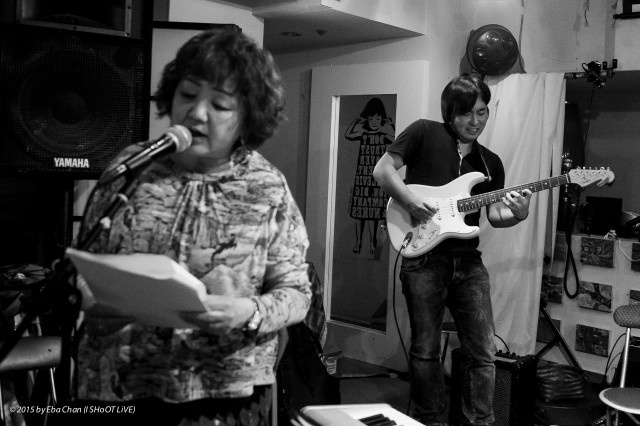 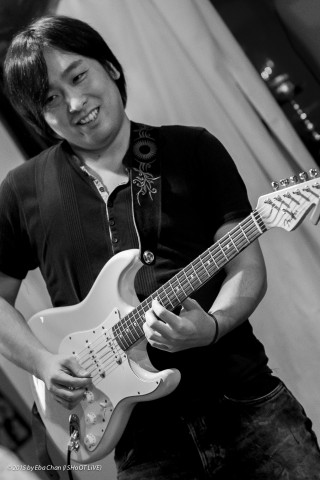 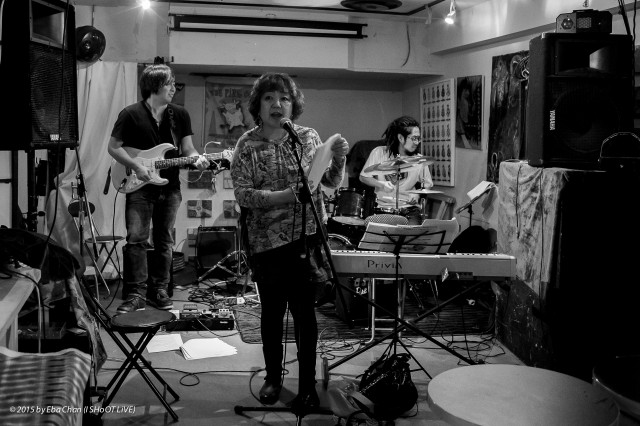 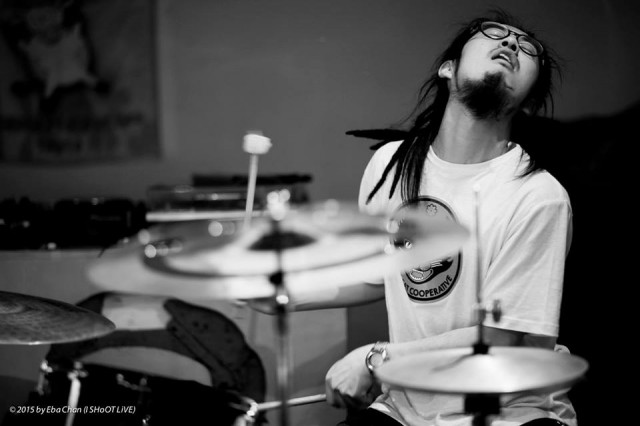 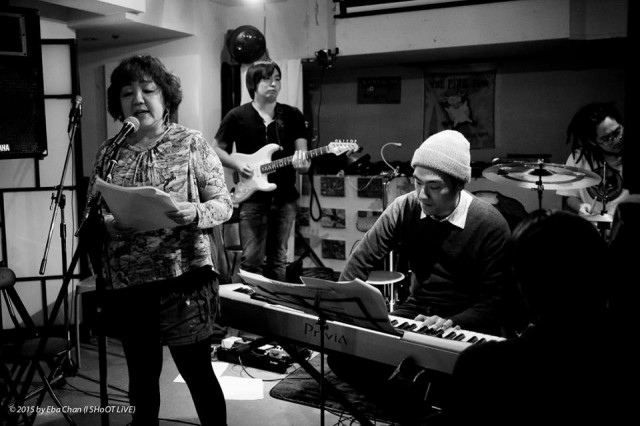 Excerpts from “NEWS FROM FUKUSHIMA: MEDITATION ON AN UNDER-REPORTED CATASTROPHE BY A POET” debutng at La MaMa Experimental Theatre in New York September 2015, directed by Carla Blank with dance and music.

My Poetry with Music at SFJAZZ CENTER in a tribute to ISHMAEL REED June 2014. 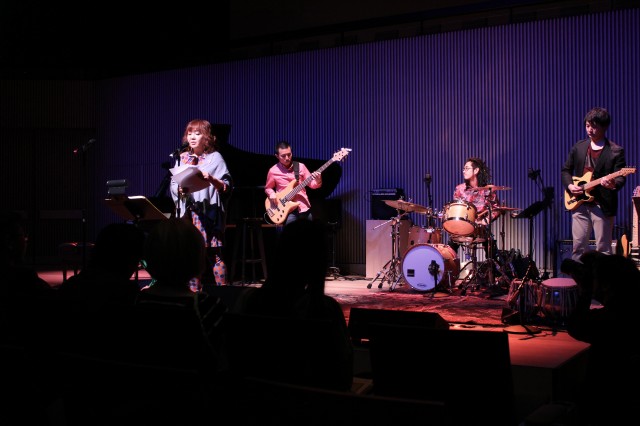 Poetry written and read by Yuri Kageyama with the Yuricane band, featuring Hirokazu Suyama on drums and tablas, Hiroshi Tokieda on bass, Hide Asada on guitar and Trupti Pandkar on vocals.
“A Tribute for Ishmael Reed”
SFJAZZ CENTER in San Francisco SAT June 28, 2014.
All poetry written and read by Yuri Kageyama http://yurikageyama.com
5:40 “Loving Younger Men”
11:05 “Little YELLOW Slut”
17:25 “No Gift of the Magi”
23:55 “Ode to the Stroller”
30:00 “Fukushima” in homage to Questlove Jenkins and The Roots.
34:00 “Hiroshima”
40:10 Indian Improv Interlude
44:02 “I Will Bleed” Lyrics by Yuri Kageyama and Trupti Pandkar, Melody by Trupti Pandkar and Hiroshi Tokieda. 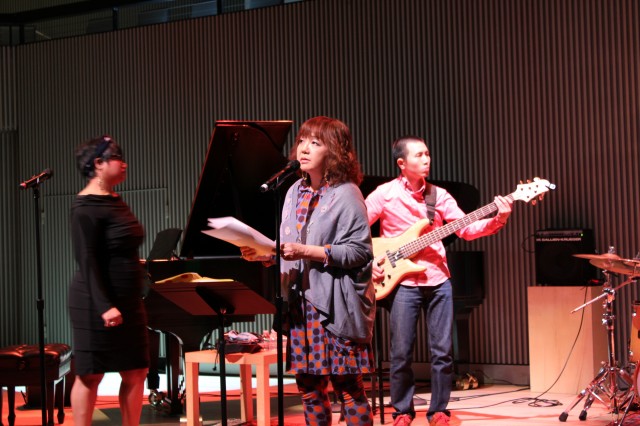 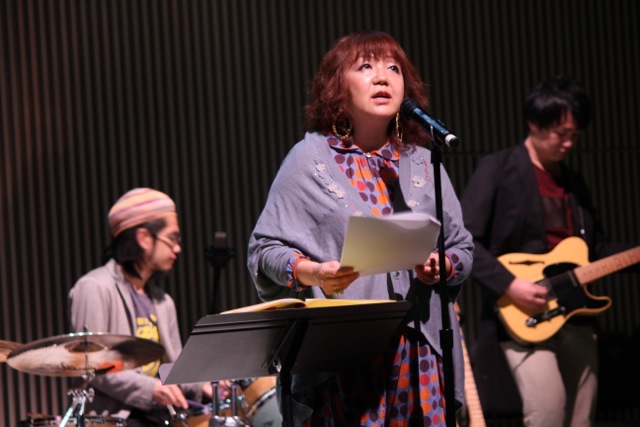 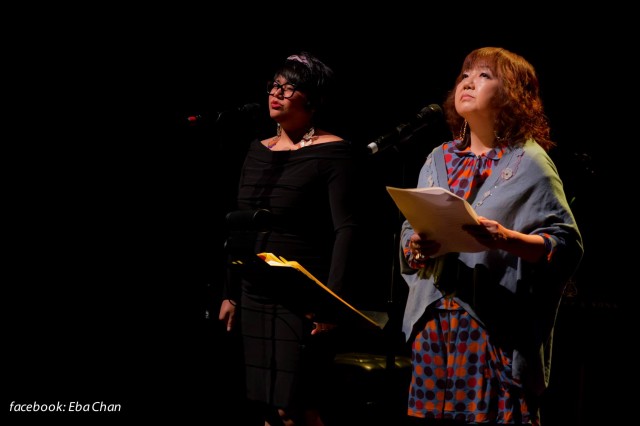 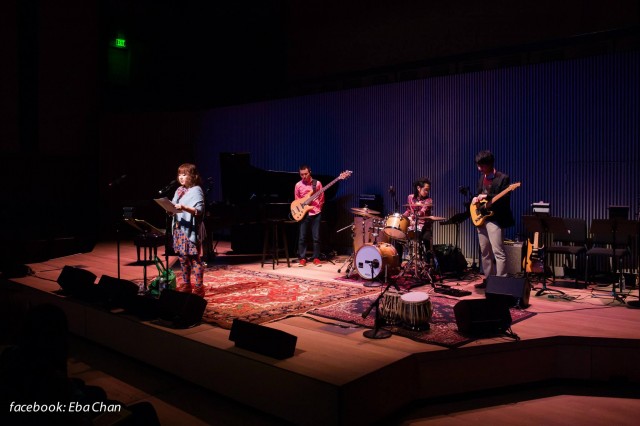 STORY OF MIU by Yuri Kageyama, a reading with dance and music at the Bowery Poetry Club in New York (synopsis video)

Written by Yuri Kageyama. Directed by Carla Blank. Dance by Yuki Kawahisa.
Read by Yuri Kageyama and Yuki Kawahisa.
Music by Pheeroan akLaff and Tecla Esposito.
At the Bowery Poetry Club in New York, N.Y. April 1, 2012.
Film by Luis Silva.
Camera by Shiho Kataoka, Rebecca MacNiece and Khach Turabian.
A COLLAGE OF WORDS, SOUND AND MOVEMENT, A LATTER DAY NOH PLAY OF PAIN, LOVE AND SURVIVAL THAT DEFIES RACISM AND SEXISM OVER MOMENTS AND GENERATIONS.
A Tokyo Flower Children Production
“Story of Miu” was first published in “The New and Selected Yuri: Writing From Peeling Till Now” (Ishmael Reed Publishing Co., 2011).

blank spaces over generations _ a poem by Yuri Kageyama

blank spaces over generations
a poem by Yuri Kageyama 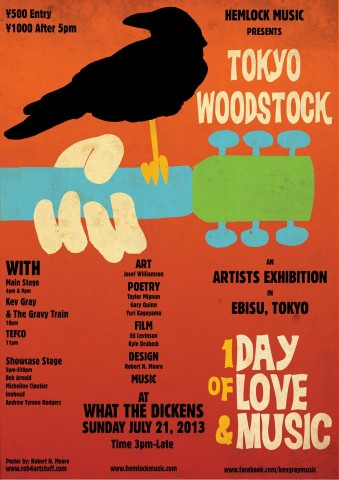 Woodstock, Tokyo, Boston, Accra, the Primordial World of My Poetry _ Lots of Places and Spaces involved.
Come and Explore with us at What the Dickens.
A Multicultural Multiplatform event organized by Kev Gray.
My Yuricane Band featuring the Best and Brightest from the Berklee College of Music and from the Addy/Amo/Boye Master Musicians Family of Ghana:
Hirokazu Suyama (drums, percussion, musical direction), Hiroshi Tokieda (bass), Yuuichiro Ishii (guitar) and Winchester Nii Tete (kpanlogo drums).
We challenge boundaries with integrity.

At first, I thought he was just out with his friends, cavorting with a woman. He could be in his car. In her apartment. In a manga cafe. Anywhere, really. He was already an adult, having turned 23 last month, at least, technically an adult.
For years, I had never stayed up awake at night, waiting to hear the click of the door when he returned after being out late.
I was a liberal mother, and I remembered all too well how I had stayed out all night and hadn’t come home until the wee hours of the morning.
When he was nowhere to be seen by 11 a.m., I assmed he had gone straight to his daytime activity.
But to make sure, I called on his cell phone, not expecting him to pick up, but leavine a message and then a text message: Are you OK?
He usually replied, quick enough to put my worries to rest, sometimes in single letters like “Y” for “yes.”
Then I knew I could stop worrying.
But this time, there was no reply.
When there was no sign of him by 5 p.m., I began to think about going to the police.
I had already called and sent email to several of his closest friends.
One said he had seen him yesterday at a soba joint in Roppongi, maybe about 4 p.m., but he had not said exactly where he was going, except that he was off to see “someone important for a possible future business.”
He appeared calm, his usual jovial self, the friend said.
Nothing extraordinary, he said.
Had he been caught up in an accident, or was he a victim of a crime?
I was really beginning to get worried, panicked.
The police officers showed up at my door in a pair, just like in the movies, the good cop and the bad cop.
One asked what was he wearing? What had he said were his plans?
The bad cop did not seem happy when I told him I had no clue what he was wearing, and I had not asked about his plans.
But when the bad cop began to turn to me, almost interrogatively, the good cop intervened and told me they would let me know if they heard anything, acting as though our little conversation at our doorstep was some missing-person report.
The more I realized how useless this procedure was, my fear grew, a hotness welling up and choking my throat, about what had possibly happened to my son, who had suddenly vanished.
He could be out there, somewhere, kidnapped by yakuza or fallen over a crevice in his car, alone, hungry, in pain and utter terror, waiting for me to come find him.

Previous installments of this story:

ode to the stroller _ a poem by Yuri Kageyama

Waaaaaah! So much like Wow!
A Child. Fluttering Sakura.
Language. A Moment.

The Crooked Smile _ a poem by Yuri Kageyama

The Crooked Smile
_ a poem by Yuri Kageyama

You smiled
Suddenly
In the silence after your first breath of a wail
So still and serious,
Testing the corner muscles of your mouth
Forgetting for a moment your instinct to suckle
Looking with your miracle almond eyes into my eyes,
Hello
Hello
Hello
Pleased to meet you.
A tiny crooked
But perfect
Smile.
They say:
Newborns don’t smile for weeks.
I decide
you are just a genius.