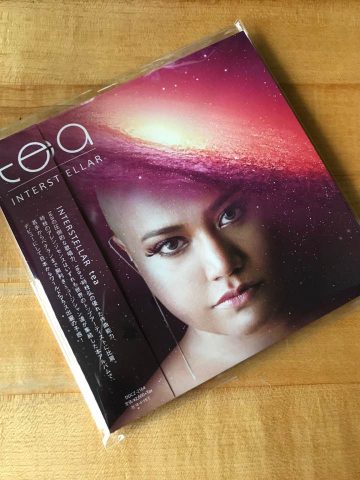 My songwriting _ “Oh My Buddha” and “I Will Bleed”

Two of my songs in this new album

“Oh My Buddha” and “I Will Bleed,” two songs I co-wrote with Hiroshi Tokieda and Tea, are part of this great album that just came out (October 2017).
“Oh My Buddha” (audio of an earlier reading in the link) is an Asian take on what we often say: “Oh My God,” something that Toshinori Kondo pointed out some time back as what we should be saying as Asians.
And so I imagined what it would have been like to have been married to a great man like Buddha.
It might have not been as wonderful as it might seem.
Tea and I were talking about how fun it would be to write a pop song that was inspired by an Indian theme.
And so this is what we did.
I even rap or read my poem in the recording _ woooh la la !!

I am planning a music video, and I have asked Toshinori “Toshichael” Tani to come up with choreography.
He will dance in the video, which I will film.

“I Will Bleed,” to me, evokes a lot of things _ abortion, miscarriage, birth, heartbeat, love, death.
Love is such a powerful force it is both horrible and awful.
My poem is about that horror, inspired by the double suicides of Chikamatsu, which highlight how the puppets, in death, are able to transcend how miserable, human and lowly they were before that moment of death.
That beauty to me is about the kind of love that crosses boundaries, overcoming racism and other small, discriminatory, confining preconceptions.
It speaks of the potential of our human condition.
I wrote the poem for Hiroshi and Tea.
But it is a poem for all lovers, and the hope love will overcome hate around the world, through the purification of our bleeding.